To Slog or Not to Slog….That is the Question

– To Slog or Not to Slog…That is the Question –

Okay, I’m going to admit. I had no idea what “Slogging” was. There is a part of me that wishes I still was naive to the concept. But apparently, I am one of the privileged that have experienced this first hand and live to tell the tail. I digress….

Summer Break just started and within days my kids were tearing up the house, and clawing at the walls with sheer boredom. It had been unusually rainy for this time of year with downpours that had lasted for days. My brother and I took the kids for a “rain hike” one day and we all enjoyed the cooler feel of the grey day that we were hit with the brilliant idea to try an overnight backpacking trip. A couple of hours later we had done our research on local hiking options and settled on The Ocean to Lake Trail (it runs from the Atlantic Ocean in Hobe Sound to Lake Okeechobee 2 miles south of Port Myaca). Although it takes a couple of days to hike the 63 miles of trail we determined that we could pick up the trail in our favorite weekend hiking place, Riverbend Park and easily make it to the first rustic camping location on the trail without too much trouble. A permit is required and easily obtained by calling the Loxahatchee Slough Camping Chapter. We camp often, so the only new supplies we needed were camping hammocks that a couple of clicks on Amazonsmile had shipped out to us within minutes. 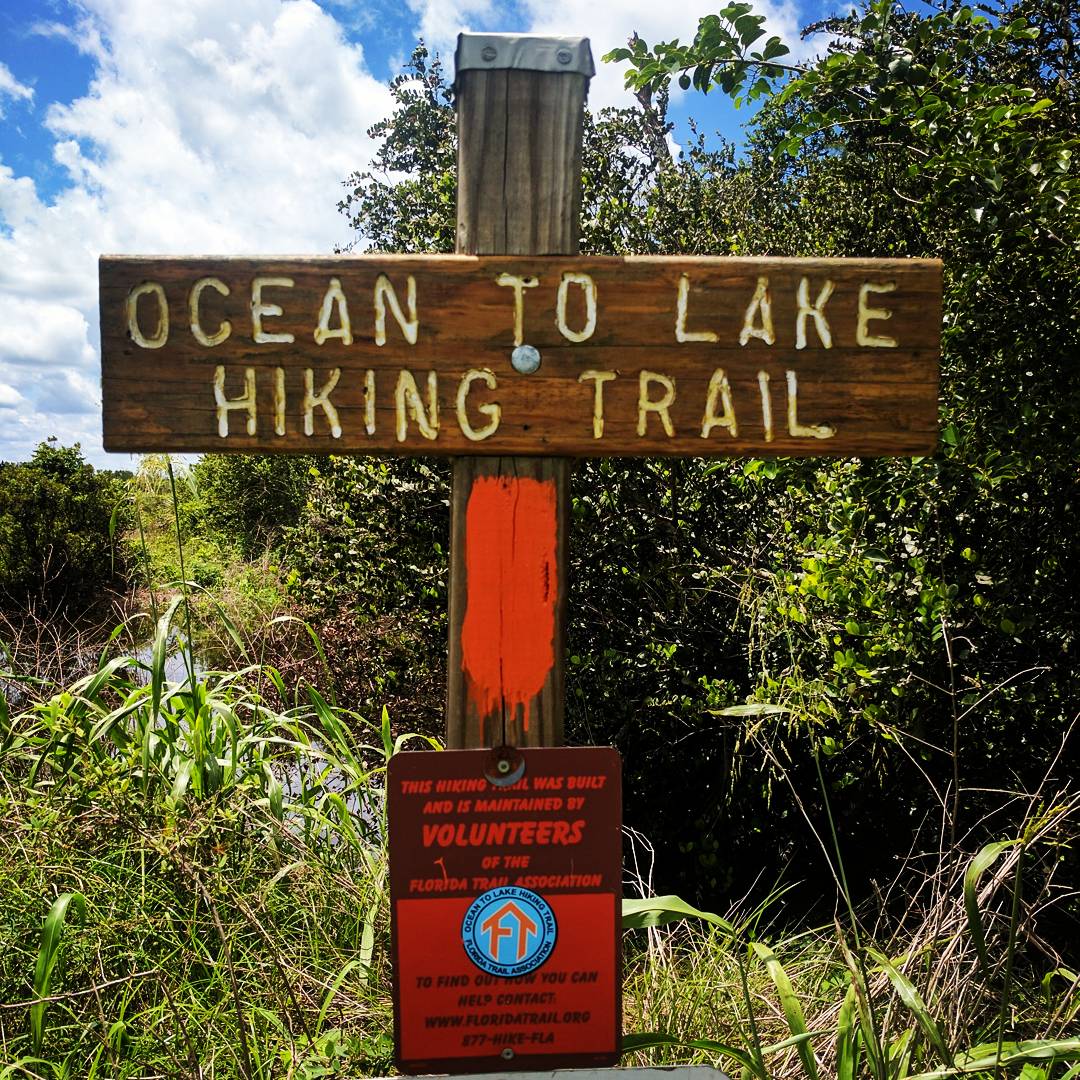 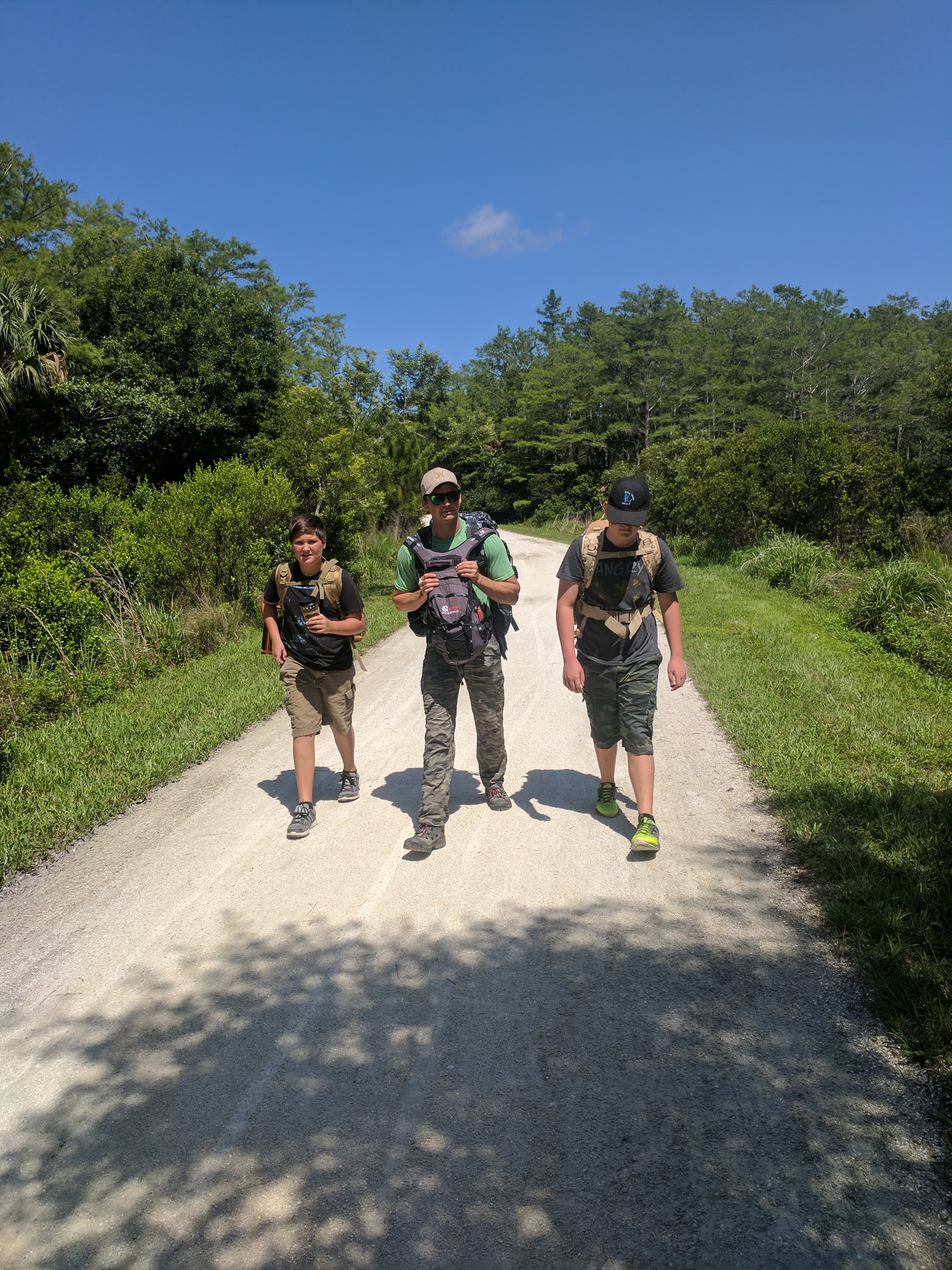 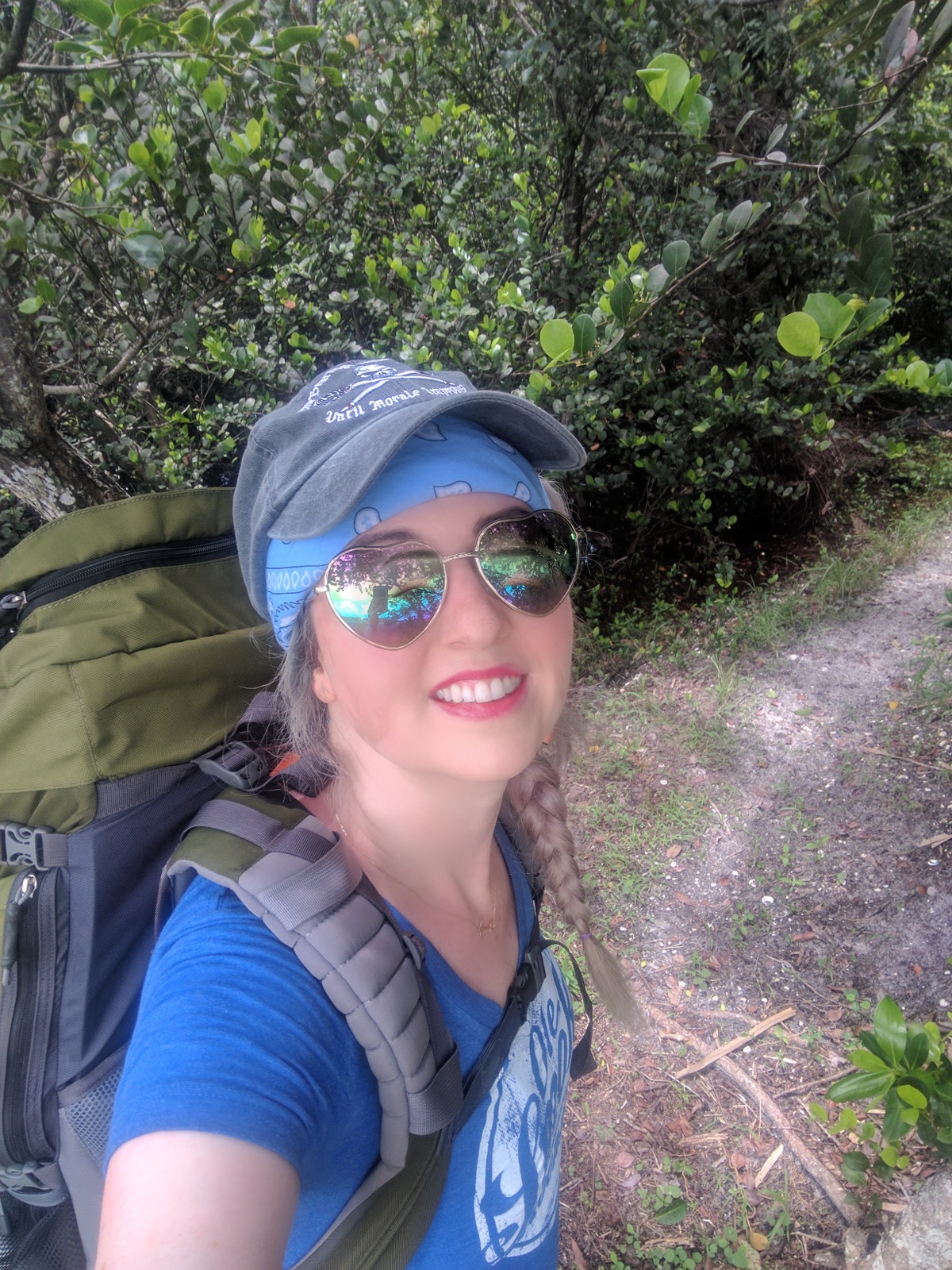 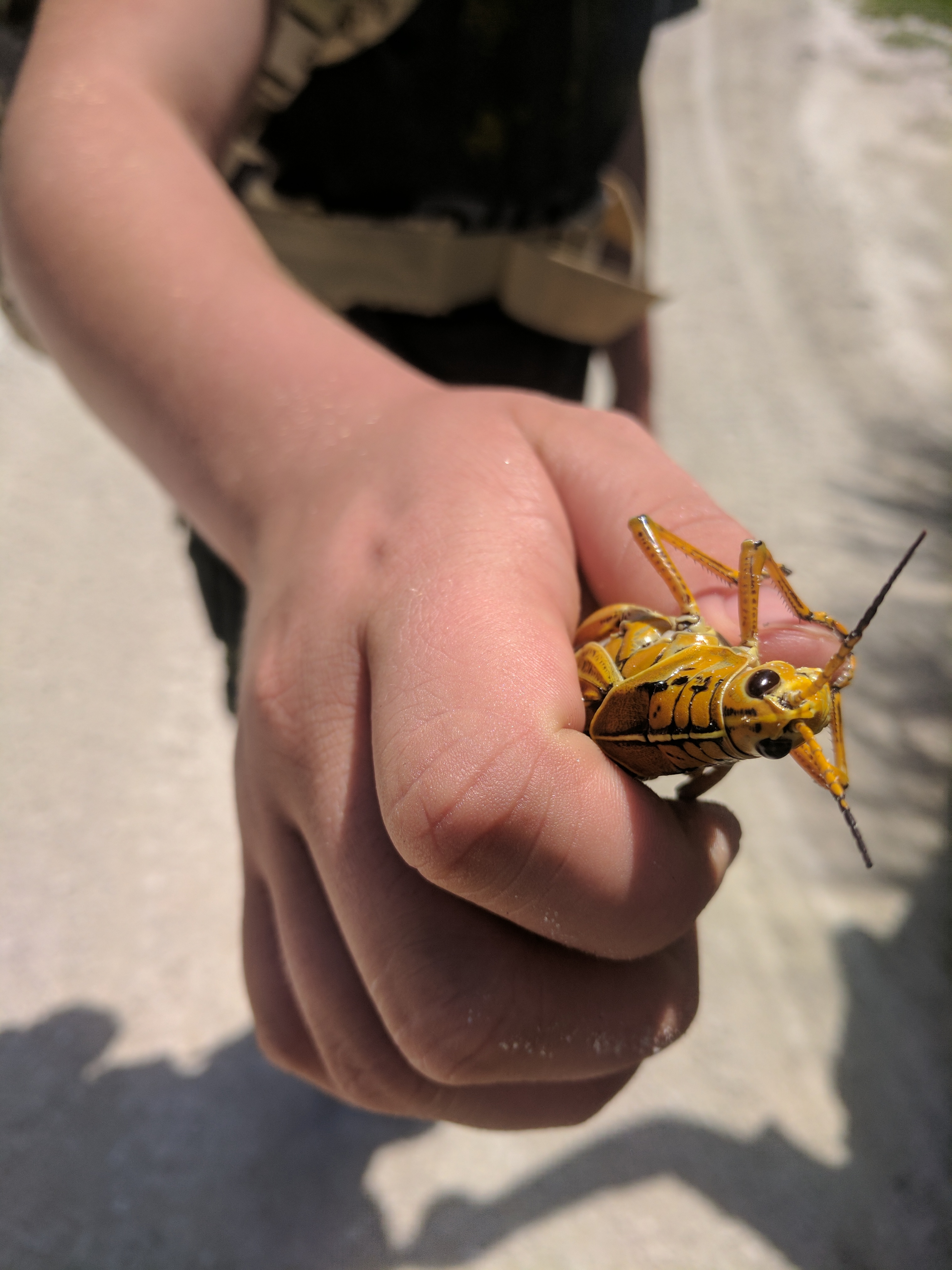 We wanted to pack light, so we brought a small folding Sterno camp stove, 1 lightweight pot, a change of clothes each, lots of bug spray, and only the basic camping items.
This would be the first time we attempted hiking with a good 30-40 lbs on all of our backs. Rain was expected for the entire 2 days, we expected it and looked forward to it keeping it cool and discouraging the bugs from eating us alive.
Friday morning we conscripted our other brother to drop us off, once again asking if he was sure he wanted to miss out on this epic experience. He just quietly laughed and had a sly grin as he watched us set off on a bright, sunny day into the woods.
It was an odd feeling starting off onto the dusty trails knowing we were entirely on our feet with everything we would be using to survive the weekend on our backs. The first mile there was a lot of adjusted, straps being tightened, items moved to be more comfortable, etc. The reality of the weight on the boy’s backs was setting in for them. Where was that rain? The sun was beating down on us….the rain was coming, right?
We made our way to the back of the park and found where we would be crossing through to get to The Ocean to Lake Trail….a giant puddle of knee deep water! Time to take off the boots and put on my water shoes. This won’t be so terrible….it’s just a large puddle… 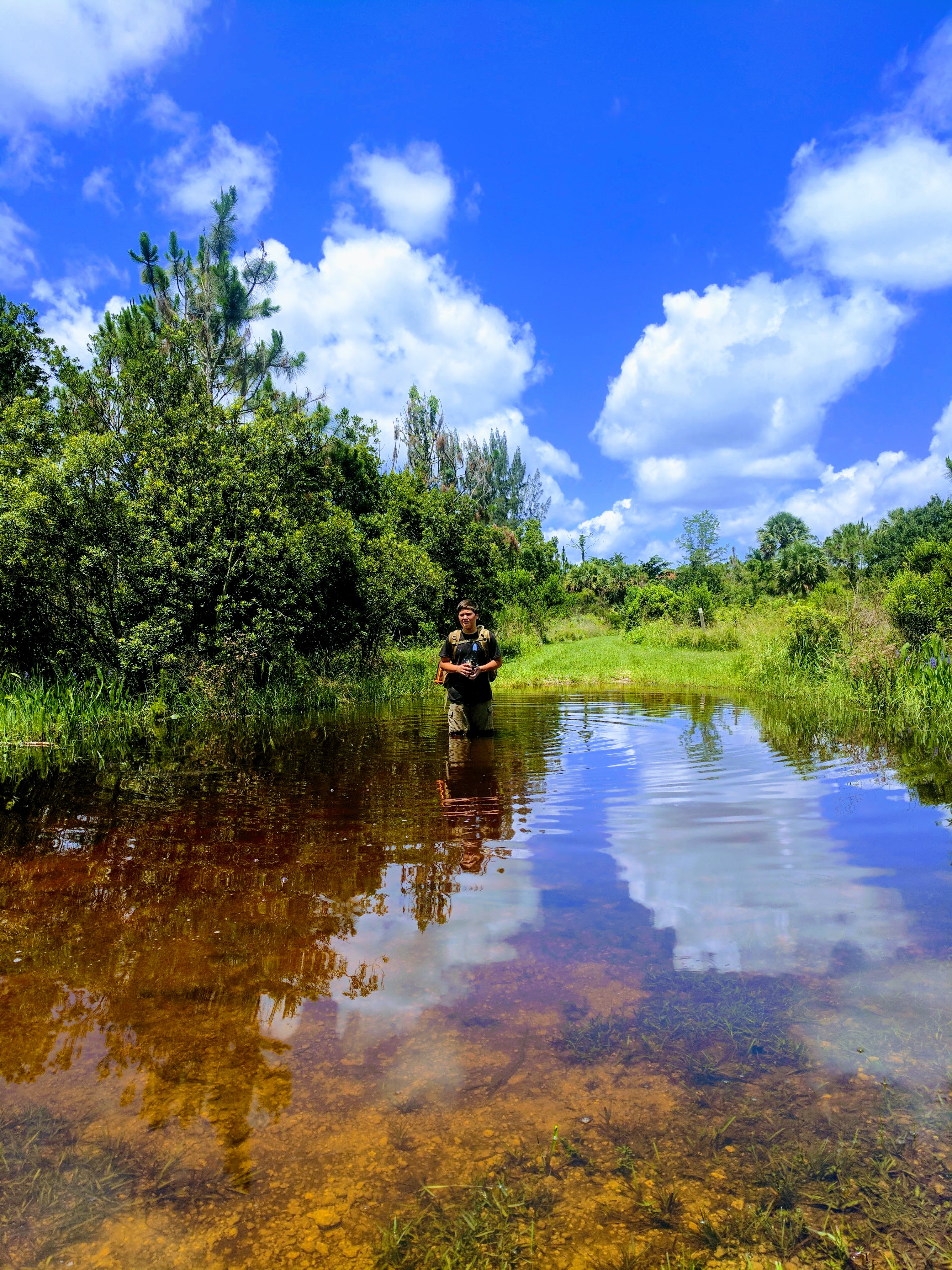 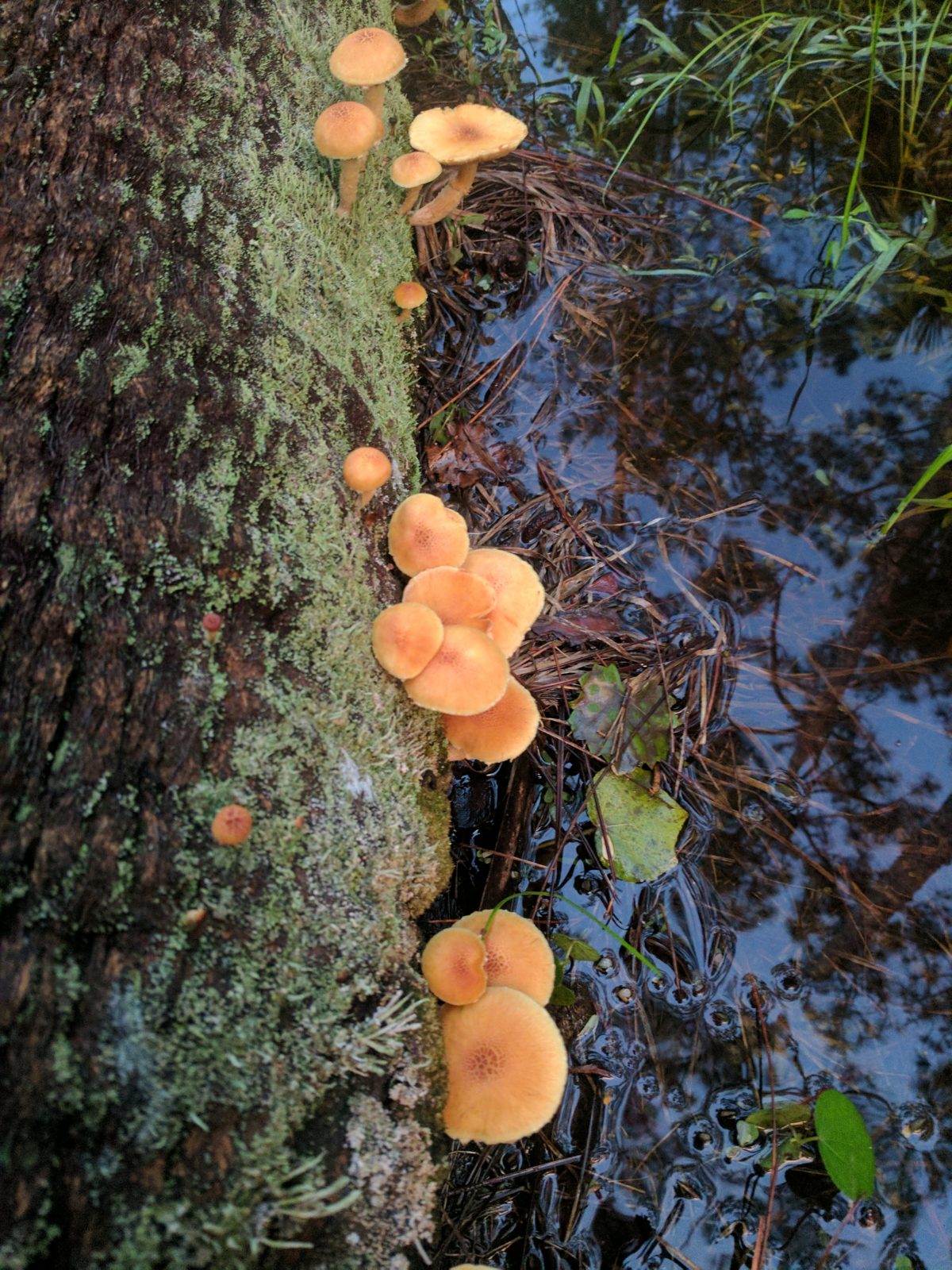 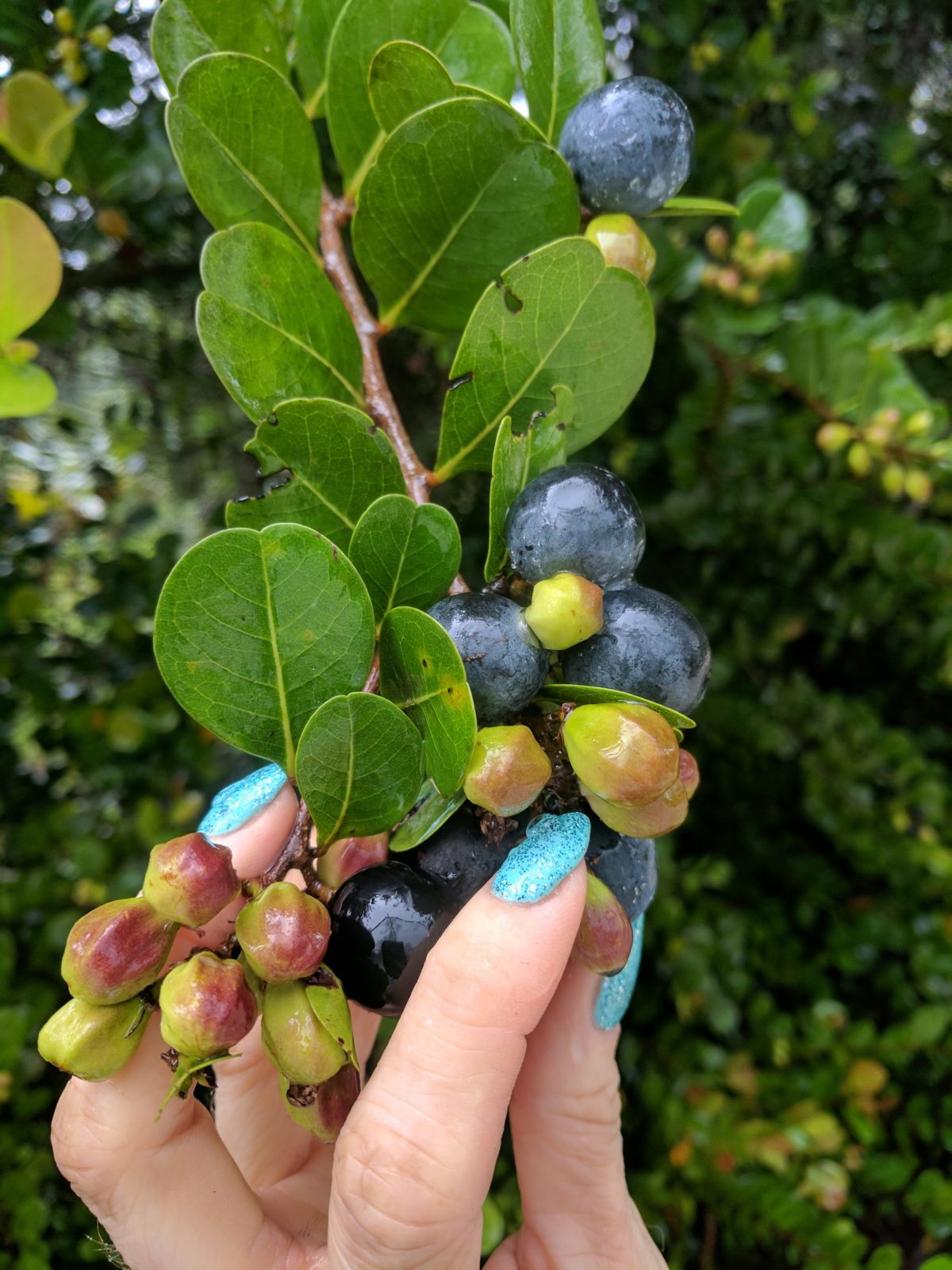 For the next hour sweat trickled down our backs, our faces….the hot sun beat down on us with cruelty. The trail had us edging alongside a large canal and the backyards of nice, large homes in Jupiter Estates. I was looking forward to reaching the Loxahatchee Slough with the promise of lovely large shady trees. Within minutes of turning into the Slough, I found that not only was there very nice shade, but the result of those days and days of rain 90% of the trail was now underwater. Dark, marshy, swamp now covered our planned path. The kid’s excitement level kicked up several notches. This was their idea of fun! At first, it was only short areas of several feet where we had to cross through, but it soon became longer and longer stretches and before long we were traipsing for so long I no longer saw dry land when I looked behind. The only option was to keep going…All three boys found it hilarious as I became very fidgety and irritated at all their “funny jokes” as we walked along, tossing little pebbles to make splashes and scare me. I will admit, it was beautiful…but I’m not going to say I enjoyed it. I couldn’t stop thinking of what squirmy, slimy, creepy crawlies might be lurking in those waters, not to mention the possible sharp-toothed leviathan.

With insane relief on my part and a bit of disappointment on the boy’s side, we made it to our camping spot marked as such only by a small wooden sign. The tent area was underwater, but thankfully we were sleeping in hammocks and found lots of trees to tie off from. It took a bit longer than normal to hang them, as they were new to us. We had brought along one small extra tarp that we used to have an area to cook in case of that rain that still hadn’t come. What did show up in full force were the mosquitos.

At this point, we realized that water was going to be an issue. The boys were using up their supply too quickly, and there was no place to get more.
After checking the map we determined that the only thing to do was hike another mile to a pump where we could get water that we then needed to boil and or filter. You guessed it, more Slogging. Another mile, almost entirely underwater, had us pumping, filtering and boiling water. Another mile back with a full pot of water for morning coffee and oatmeal and we were ready to settle in for the night. I enjoyed drifting off to sleep listening to the boys laugh at the silly stories they were making up.

It did rain at some point in the wee hours of the morning. Just in time to get our hammocks wet and make packing up harder, but not soon enough to cool it off and chase away the bugs. 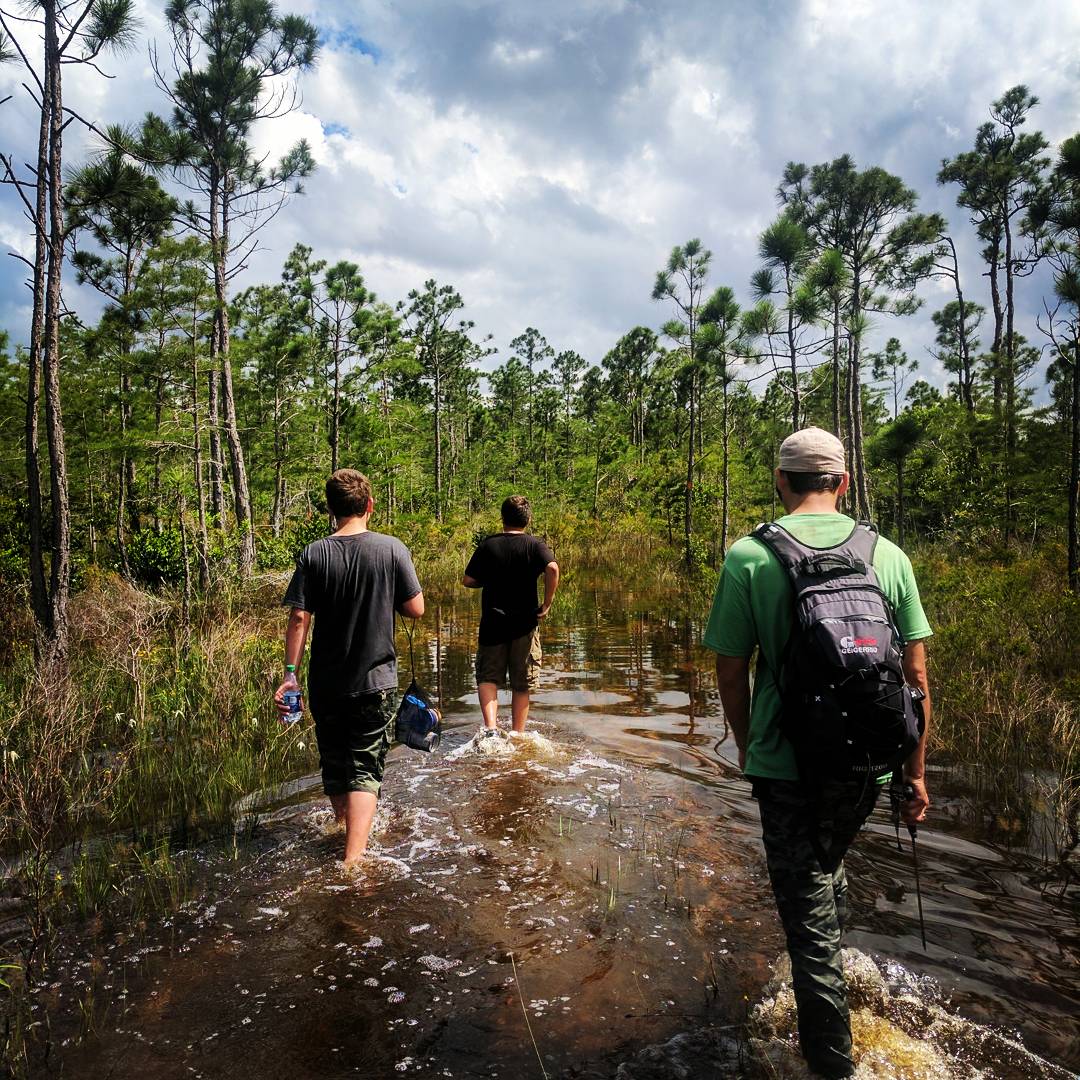 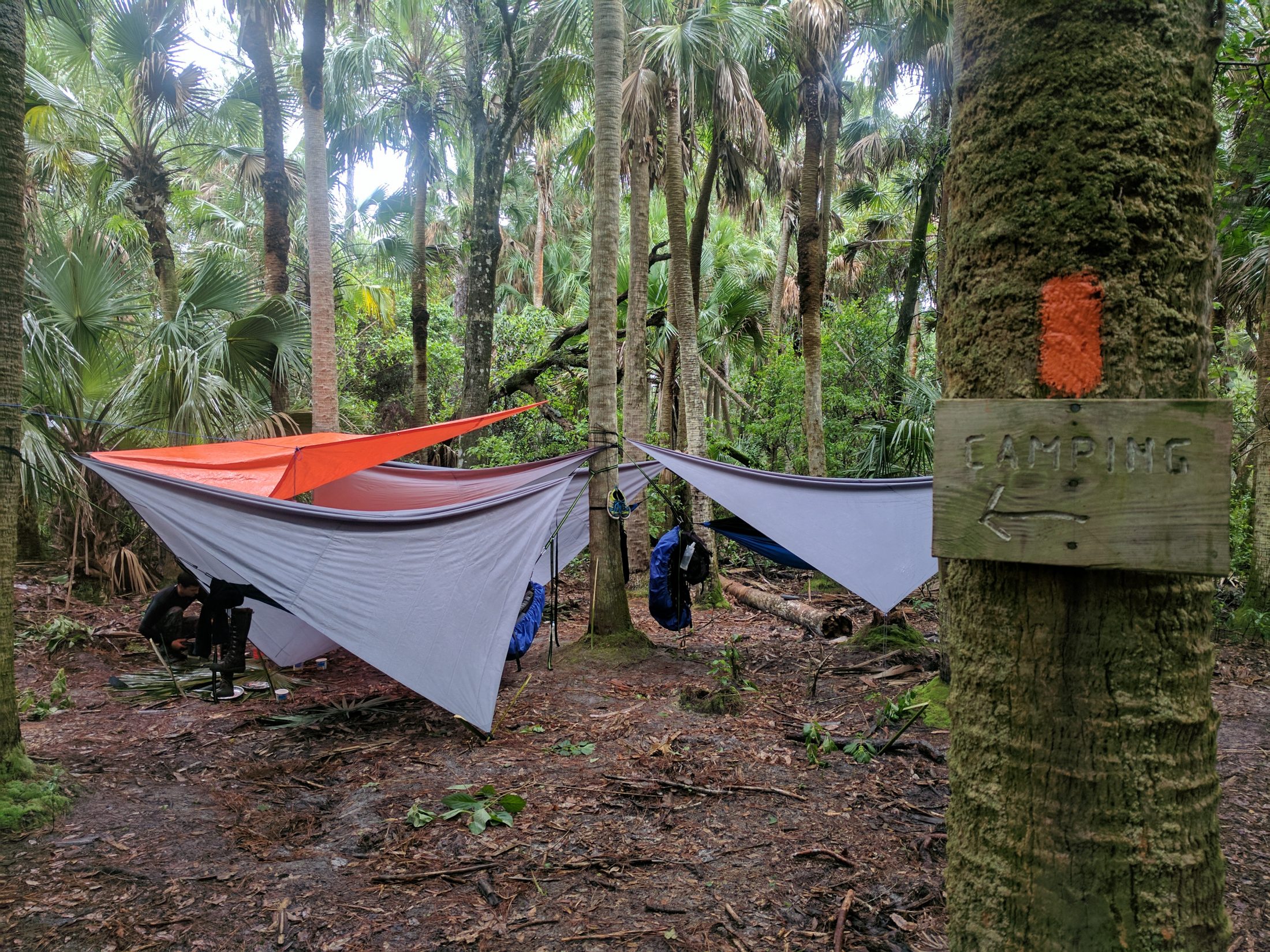 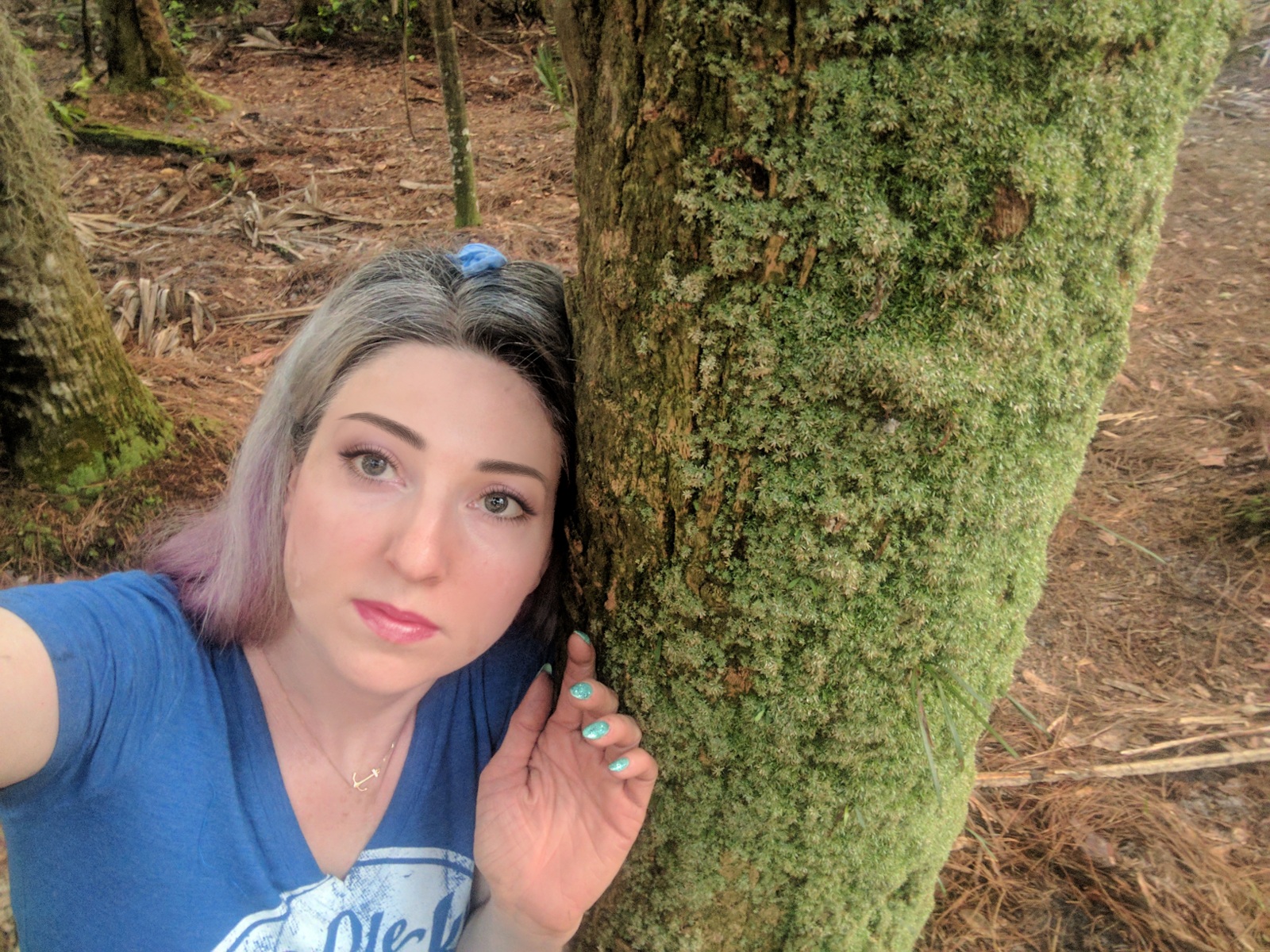 I was slightly less terrified on our way back as I was partially desensitized and I knew what to expect this time. Our packs were somewhat lighter as we had consumed all the food we brought. And we had done it, spent the night in the woods with only what we brought on our backs. I really love watching my boys reach new challenges. I enjoy each new adventure we are able to have as they grow and gain new skills.
Gramps and Noni were waving at us from a good mile away as we saw our extraction point in the distance. That took the longest, hottest bath, snuggled into my giant fluffy bed surrounded with pillows. As I drifted off to sleep I reflected on the latest challenge that we had met together as a family. Feeling stronger, braver and full of appreciation. For isn’t that what challenges do, make us appreciate all the things that are easy? 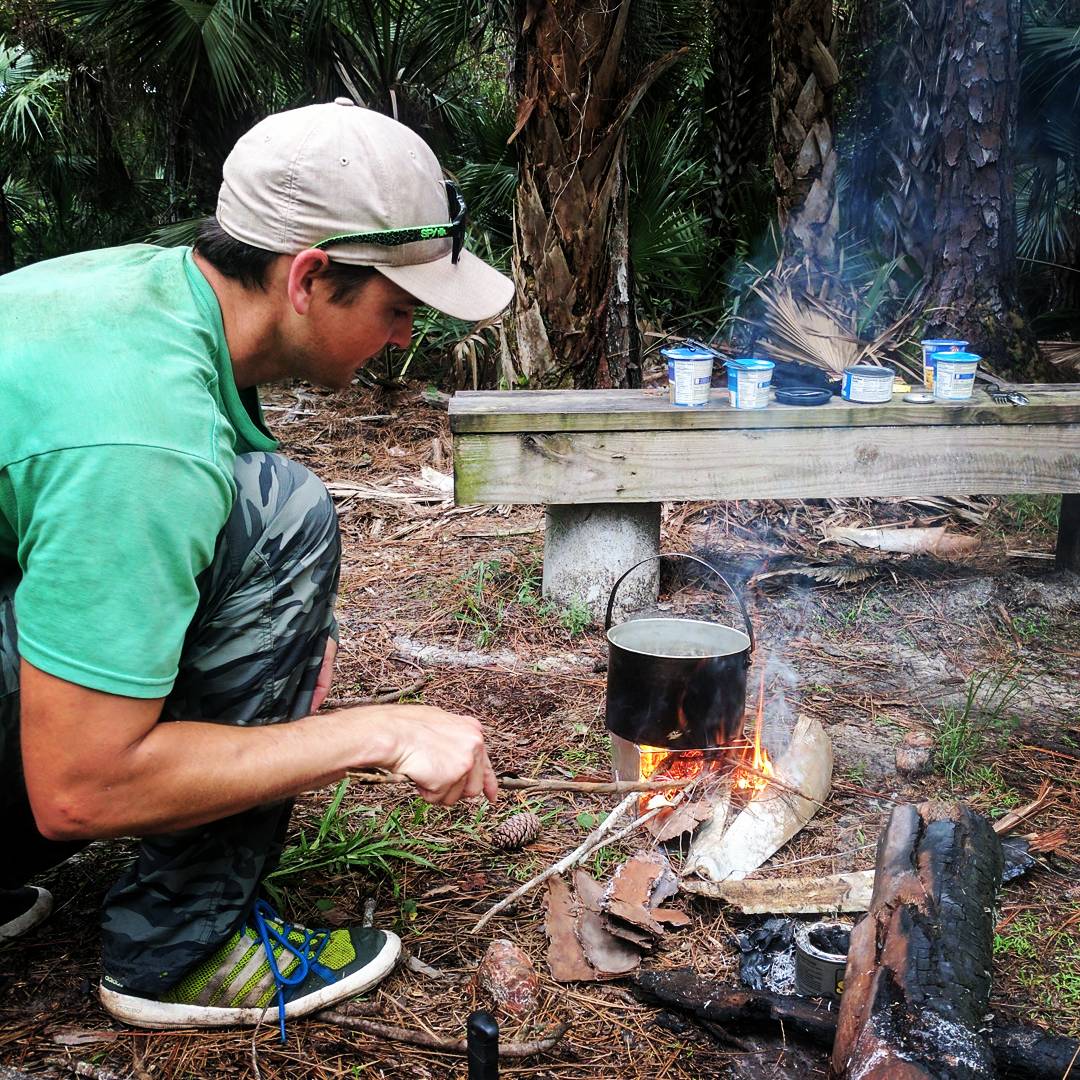 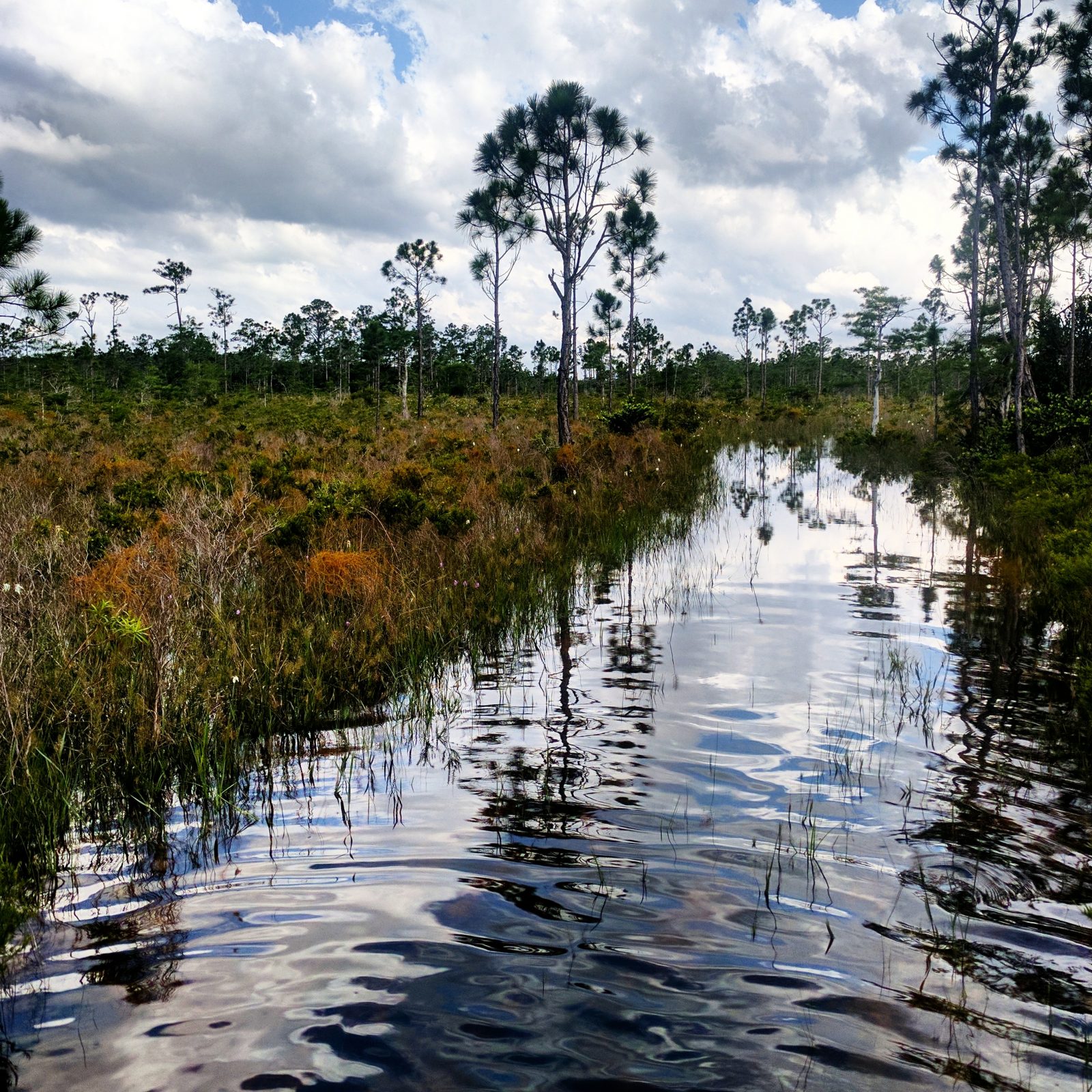 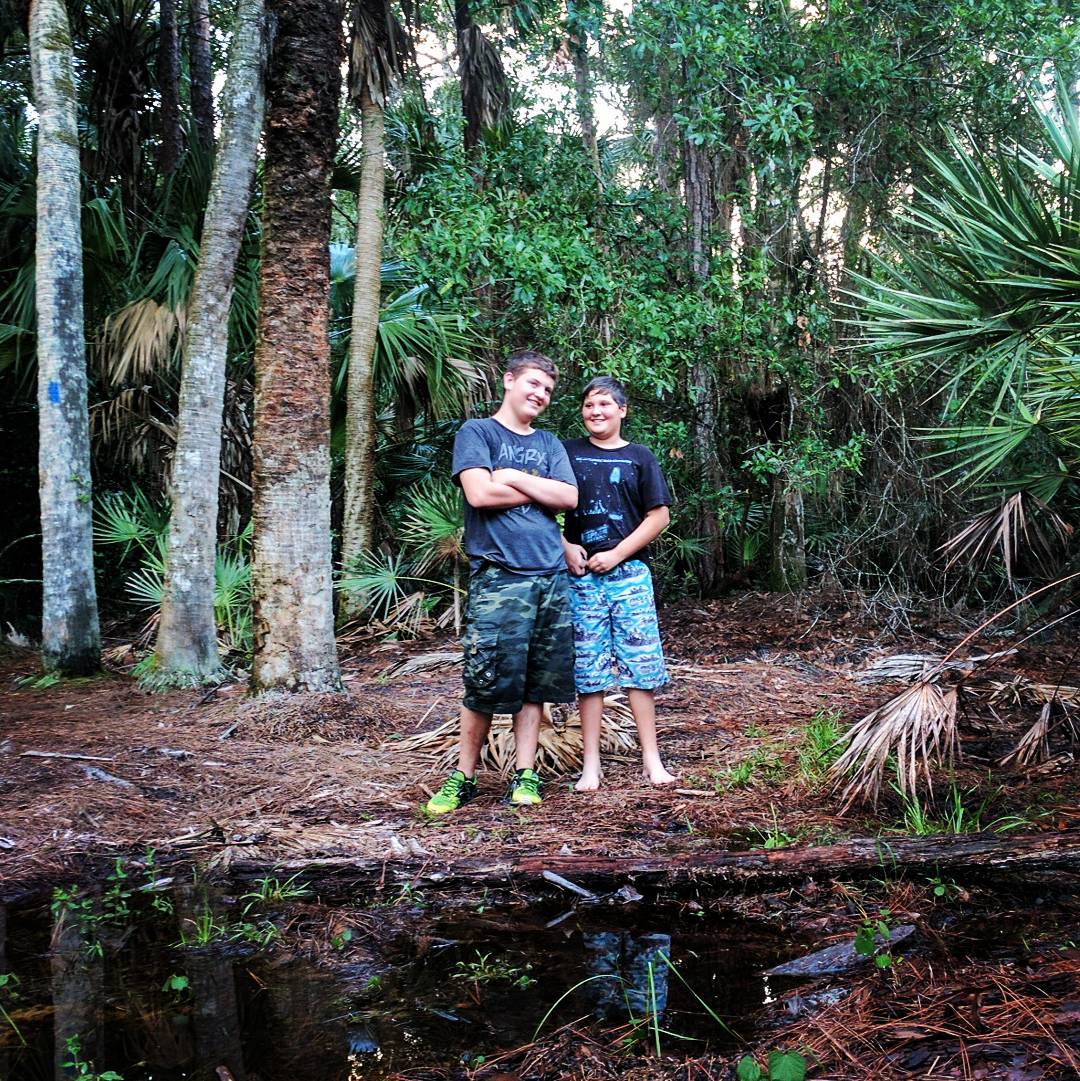 So to answer my question…no regrets! I’m glad I did it. We shared an amazing adventure as a family, made memories, and really challenged ourselves. I came out of it feeling stronger and more capable, as I’m sure the boys did too. I’m not ready to jump back in anytime soon…but I also have a hard time saying no to new exciting adventures….so you never know.

Til the next time Lovelies,

This site uses Akismet to reduce spam. Learn how your comment data is processed.